An acute shortage of agricultural labourers during the time of paddy harvesting throws a spanner in the works, putting the farmers' back-breaking efforts to ensure food security on the line.

Bangladesh's agriculture sector has been facing this unique workforce challenge for several years due mainly to rural depopulation and migration of agricultural labourers to non-farm sectors.

The country-wide restrictions imposed on the movement of people and vehicles to contain the spread of coronavirus have added fuel to the woes of farmers.

In the throes of these uncertainties and desperations, Yanmar combine harvesters marketed by ACI Motors in Bangladesh come as a godsend to take farm mechanisation to the next level.

ACI Motors has been working since 2007 to mechanise and modernise the agriculture sector of Bangladesh and bring down the post-harvest losses the farmers incur every season, officials said.

Since the harvesting period in Bangladesh is very limited, mobility of the harvester is necessary if the owner wants a higher profit. For that reason, faster after sales service with proper driver training plays a pivotal role in making the machine cost-effective.

It costs Tk 9,000 to Tk 10,000 to harvest paddy from one acre of land in the traditional way, but the use of the Yanmar harvester can bring down the cost by about 50 per cent to Tk 5,000 per acre, the officials said.

A gigantic task farmers face every year is minimising the post-harvest losses along with reducing the labour cost and bringing down the time involvement.

Post-harvest losses of paddy at the farm level are 9.49 per cent, 10.51 per cent and 10.59 per cent for aman, boro and aus paddy respectively, according to a study on "combine harvester: impact on paddy production in Bangladesh" conducted by Bangladesh Agricultural University (BAU).

Harvesting cost and labour savings in combine harvester was found 57.61 per cent and 70 per cent respectively over manual harvesting.

The government has been supportive for promoting the use of combine harvester from the very beginning, said Subrata Ranjan Das, executive director of ACI Motors Ltd, adding that farmers could not afford harvesters without any kind of financial support.

Many farmers have been using harvesters for the last few years with the help of government subsidy, he said.

Amid the rising demand, the government has recently sanctioned an additional amount of subsidy to give a fillip to farm mechanisation.

"This policy is aligned with the requirement of our farmers by providing subsidy for bigger harvesters. Also, banks must come forward to provide financial support to farmers in order to utilise the subsidy," he added.

The government's subsidy was crucial to introducing the technology as the prices of the farm machinery are high, while farmers have a shortage of capital, Professor Emeritus MA Sattar Mandal of the BAU had said earlier.

The government allocated Tk 100 crore to help provide subsidy to the farmers as part of its efforts to spread and popularise agriculture mechanisation, said Hasanuzzaman Kallal, additional secretary to the agriculture ministry.

He said the government is providing 70 per cent subsidy to the farmers in haor areas for purchasing combined harvesters and 50 per cent to the growers in the plain land.

"Farmers are getting benefit by using harvesters like Yanmar," he said, adding that the government has already provided subsidy for purchasing 181 harvesters of different brands including Yanmar in the current season.

He said a harvester's performance is equivalent to that of 150 workers, and so, it saves 50 per cent cost compared to manual harvesting.

ACI Motors, which has 12 years of experience in harvesting technologies, have tried several other harvesters of different brands before finally choosing Yanmar as it is one of the leading Japanese agriculture machinery brands.

Yanmar harvesters can rotate 360 degrees, providing the advantage of turning the machine in a small fragmented land, while the rate of crop loss is very low as it prevents shuttering.

Experts said Yanmar is a robust and stout machine which prevents rough harvesting with the help of six unique sensors. The harvester is compatible with much of the land in Bangladesh as it can operate in both mushy and dry lands for multipurpose uses for paddy and wheat.

Mustofa Kamal, a farmer from Palashgaon village of Bishwambarpur upazila in Sunamganj, said he recently bought a unit of combined harvester from ACI paying Tk 3 lakh as down payment.

"At first I faced some technical problems as I had no training on how to operate the machine but later a team of ACI came to provide training and servicing," he said, adding that the harvester is working well now and generating income.

"Farmers are getting a huge benefit as they can harvest their paddy instantly without any hassles."

Mizanur Rahman Chowdhury, another farmer from Derai upazila of Sunamganj, said he bought a harvester from ACI with the help of officials of the local agriculture department and is now reaping benefits. 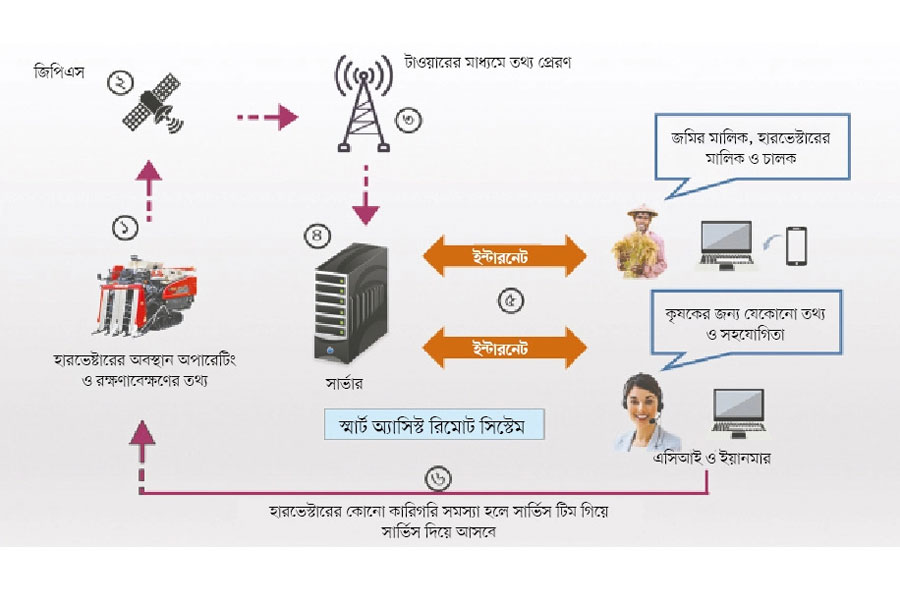 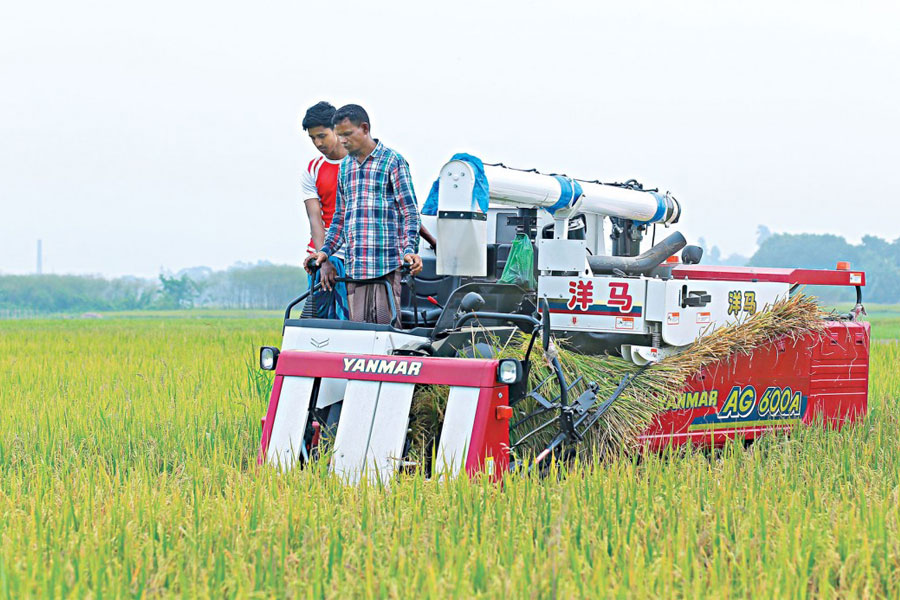 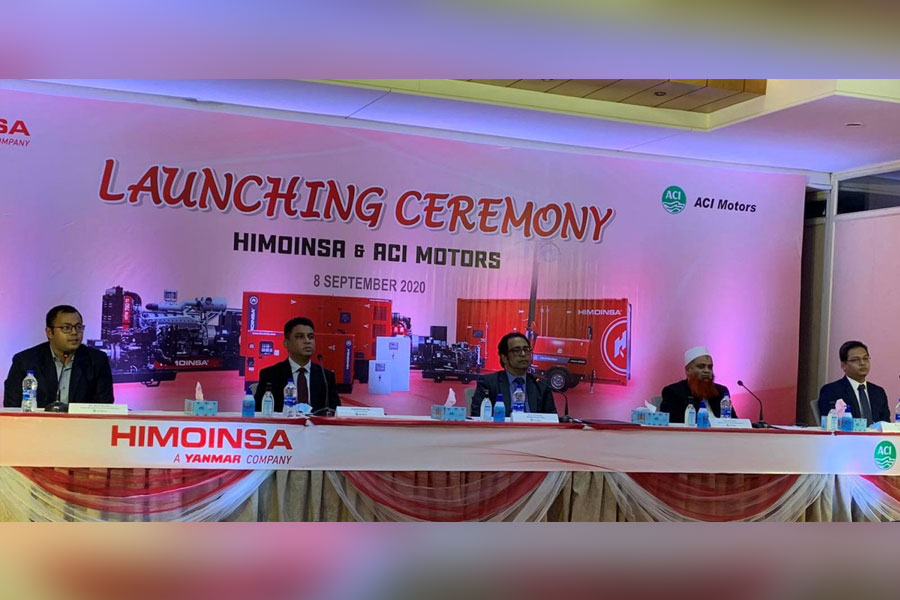 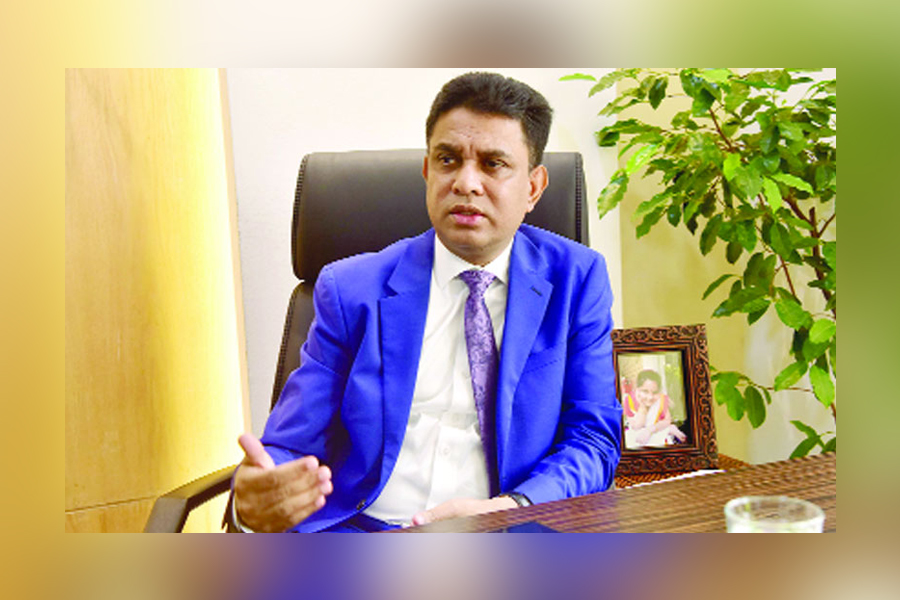