Home » Interviews » Lack of access to finance big barrier to farm mechanisation
ACI Motors began its journey in 2007 with a tractor business but has since included 15 more products to its portfolio, most of which deals with farm mechanisation.

Access to finance is a big challenge for farm mechanisation in Bangladesh and so the country's lenders should do more for the agriculture sector, according to Subrata Ranjan Das, executive director of ACI Motors.

ACI Motors began its journey in 2007 with a tractor business but has since included 15 more products to its portfolio, most of which deals with farm mechanisation.

The government provides farmers subsidies of up to 40-50 per cent on the price of a machine while the rest needs to be paid by the buyer.

But since agro-machinery is quite expensive, it is tough for them to arrange the fund, Das said in an interview with The Daily Star last week.

And since not all farmers can avail the government subsidy, banks could help expedite farm mechanisation by providing loans.

Some agro-machinery producers supply their products on credit. However, they cannot meet the needs of every single farm.

"We are satisfied with our loan repayment but it is tough to give much more as a mechanisation company. Banks could do that though," Das said.

"If the government makes mechanisation loan a top priority agricultural loan, then banks will be prompt to provide the funds and mechanisation would be faster," he added.

Farm mechanisation is a national service as farmers do not work to feed only themselves but the entire nation.

"But still, no banks is giving loans for farm mechanisation," Das said.

Regarding the advantages of mechanisation, the executive director said if a farmer uses a harvester, crop wastage goes down to less than one per cent while it was around 12 per cent in the manual harvesting system.

If farmers use transplanters, yields increase by 20 per cent to 30 per cent as it increases efficiency, allowing the delicate process to be carried out at least 15 day earlier than it would have been done by hand.

So, mechanisation in harvesting and transplanting could give the same output of current times albeit using at least 20 per cent less land.

This helps save water, fertiliser, and pesticides, he said, adding that the best benefit was that the land unused can be repurposedfor other crops.

However, the country was lagging behind in farm mechanisation due to a lack of affordable solutions.

A previous common belief was that a country like Bangladesh was unlikely to face a labour crisis.

"However, farming is a very tough job so people don't enter the industry if they find employment elsewhere," Das said.

As a producer of agro-machinery, ACI Motors learned early on the importance of farm mechanisation.

"We realised in 2007 that mechanisation would be a crying need for the sector due to a labour shortage that many people didn't even consider," he added.

With this backdrop, the government initiated a project for farm mechanisation worth Tk 3,020 crore last year.

Of the amount, around Tk 2,200 crore was allotted as subsidy for agro-machinery purchases.

"But I recommend launching a financing project so that farmers can afford their share of the machine's cost," Das said.

"I think if the farm mechanisation project is implemented properly, then our harvesting mechanisation would be fully covered," he added.

Responding to a question regarding the current standard of agro-machinery available in the country, he said that ACI maintains global standards.

"If you want to mechanise farming, you have to choose high-standard machinery and so we brought the top Japanese brand, Yanmar, to Bangladesh," he said.

When Yanmar was first made available in the country, its competitors also rushed in.

"So, ACI is playing a big role in the country's farm mechanisation," he said.

Around one-third of Bangladesh's farmland is being cultivated with the ACI's machines.

"We have the biggest after-sales service in the country. We also monitor customer feedback in order to help ensure high yields for farmers," Das said.

The company has a clear vision to help the country on its farm mechanisation journey, so it focuses on maintaining standards while also making the machines affordable.

"Our teamwork and good marketing effort gives confidence to farmers. When you have some happy customers, they contribute towards marketing," he said.

This is because when a newcomer intends to buy a machine, he will ask other people in the trade about brands which give a better performance.

"It is then that our users give the best feedback, which is the best marketing policy," he added.

Responding to a question about a new product, the executive director said the ACI has already brought in maize harvesting machines, which were now under trial.

"Apart from this, we are launching potato harvesters, drier and vegetable mechanisation," he said.

In the agricultural mechanisation segment, the ACI is the market leader in tractor sales.

The government is subsidising harvester purchases so its use has risen. However, mechanisation in some other aspects of cultivation is yet to begin.

"We need to start mechanisation in transplanting, rice drying, and vegetable growing," he said.

Once upon a time, people dried paddy in their homes but now due to a scarcity of space, rice driers have become an upcoming need in Bangladesh.

Similarly, potato has become a major crop and so the planting and plucking now needs to be mechanised in order to reduce farming costs.

Vegetables such as onion also need mechanisation in cultivation and harvesting. Onion transplanting and plucking machines are available but farmers are still dependent on manual labour.

The ACI brings a new dimension to farm mechanisation because people did not know about other similar companies.

"But our company has goodwill in the market," he added.

In 2021, ACI Motors became the country's highest taxpayer in the engineering sector among 55 companies.

ACI Motors has a dedicated app where they deliver agro-machinery services within six hours through its 400 field employees.

"We are monitoring it continuously," Das said, adding that they have a call centre for customer grievances.

"This is the latest version of digital agriculture in developed countries."

Das thanked the government for providing incentives on big harvesters from last year as it helped farm mechanisation in the country gain pace.

Big harvesters are necessary in the country because smaller ones cannot properly operate on the muddy fields prevalent in Bangladesh.

"We have already established a factory at Manikganj where some varieties of power tillers and dairy production mechanisms are being produced," he said.

"Our main problem of producing machines here is the market size. The local market size is so small that production is not profitable," he added.

"Our banks are not giving loans for buying motorcycles even though two-wheelers have become a need for urban people, so they should lend here too," Das said. 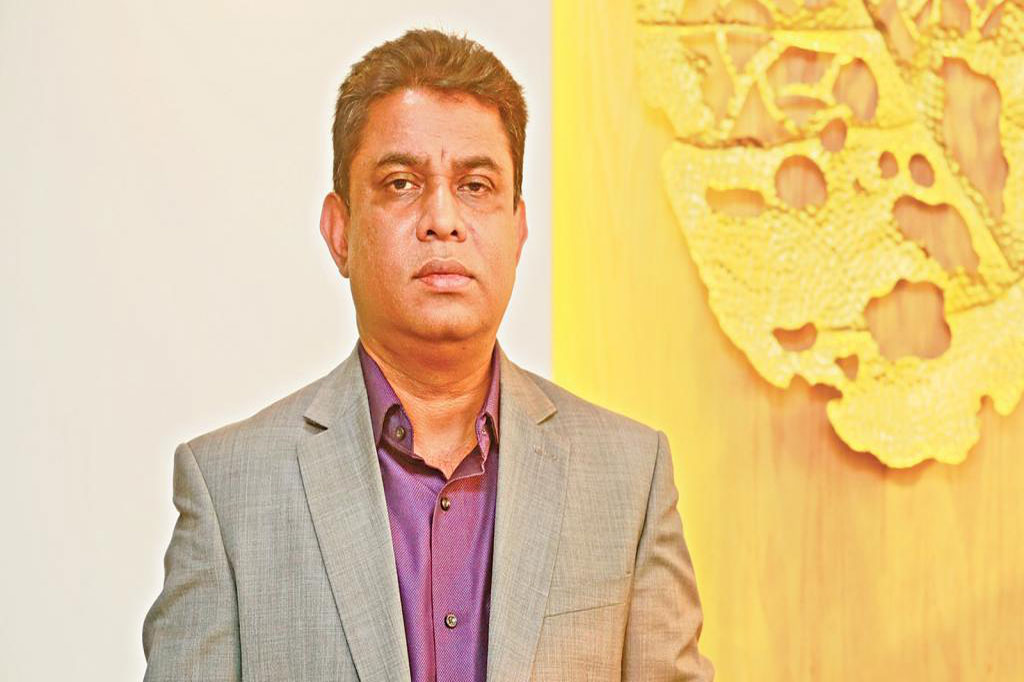 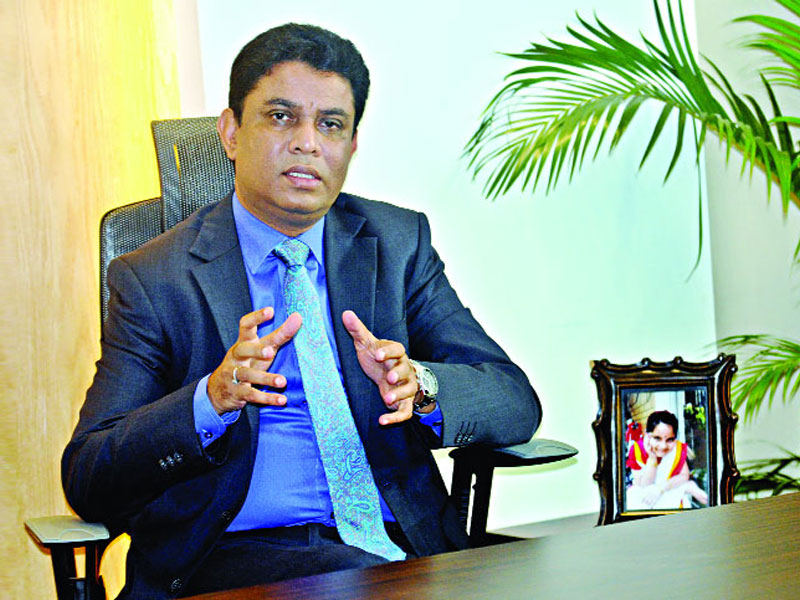 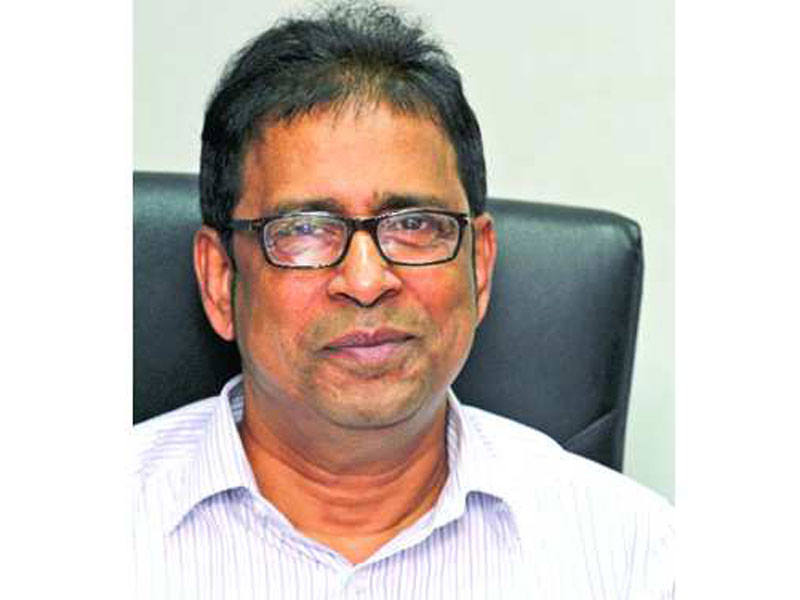