Earth Club of North South University (NSUEC) successfully organised their tree plantation campaign for the first time, Yamaha Presents “Plants for Future” (PFF) on December 11-12, 2016. Earth Club planted around 85 saplings on NSU campus. The main purpose of this event was to bring a sustainable solution to air pollution and make Dhaka greener than before.

To make Dhaka greener, 500 saplings will be planted in different places of the city by the Earth Club. The club has already planted 85 saplings on December 12 and more saplings of fruit, timber, flower, medicinal species etc. will be planted within the next month. The club will take care of those saplings for the next 6 months.

Sheguptaroh Soha, a student of environmental science, said, “PFF was an excellent initiative taken by the Earth Club. Trees are very important for our environment and by planting trees we are actually helping our next generation. People should think more often about the environment and this event is such an example.”

The tree plantation campaign was appreciated by the citizens as well as leading environmentalists. Shehta Zarab, Joint Secretary of Earth Club, explained when asked about the event purpose and its future plan: “We took the initiative of planting 500 trees in different places of Dhaka, which is a giant step for any university club. It's not something that just affects hundreds, thousands or even millions; we believe it affects the 7 billion people on earth in the long run. We are glad we could do it and as for the future, we are hoping to increase the number of trees and target more places. We hope everyone becomes more concerned about the environment.”

Alongside this event, NSUEC also organises other events such as “A Tree for Free”, “Champions of Earth International” (a green idea generation competition), “Environmental School Campaign and Encounters” to create a massive response in order to fight pollution and to spread awareness about environmental issues.

This event was sponsored by ACI Motors Limited and the media partners were SHOUT, Kaler Kantho Shuvoshongo and Radio Foorti. 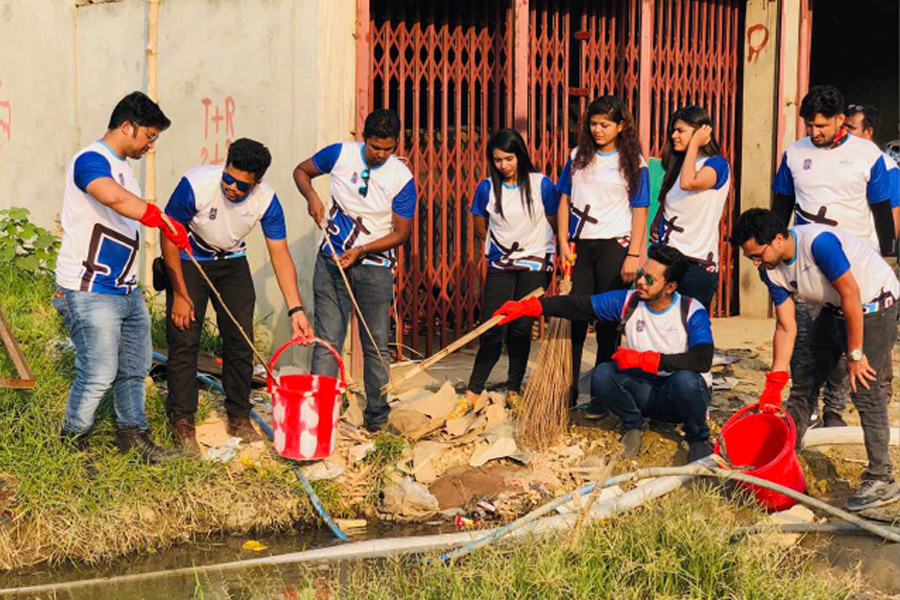